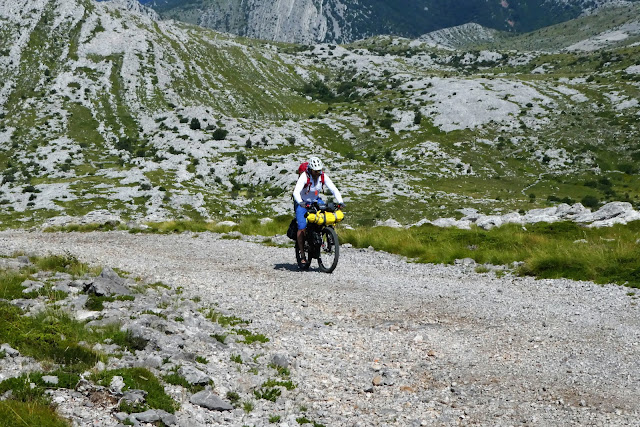 Last spring I bought Bedrock sandals at Alpin Action. I liked them instantly when I saw them at the shop. I didn't have a plan to buy them because I already had my Keen sandals which were still in totally OK condition for my summer plans.


Piero saw my interest and when I said that I don't want to buy them because I already have sandals for my summer trip he proposed the next deal.

He said that he will give me a good price for them because this is a new product he has in his shop but in return, he asked me to write a review if I would think that they are a good and usable product. No obligations. So this is my review because I really liked my Bedrocks.

Plan for summer 2018 was similar to my plans for the last three summers, bike touring.
Only this year I planned to travel in bikepacking style for the first time. 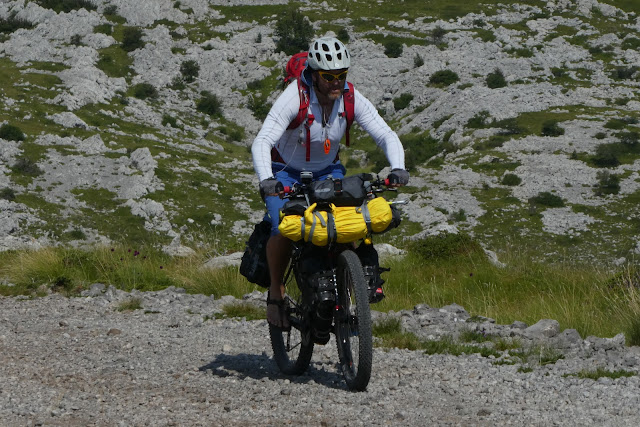 For the past three summers, I travelled on my touring bike TREK 520 disc. Classical travelling setup panniers at the back rack and two panniers in front. I travelled mostly on tarmac roads.

First-year Ljubljanja, Albania, Ljubljana, second-year Ljubljana, Greece (Mt. Olympus), Ljubljana, third-year crossing Norway from most northern to the most southern point so from  Nordkapp to Lindesnes, All together around 7000 km. All four years I was pedalling most of the time in sandals. 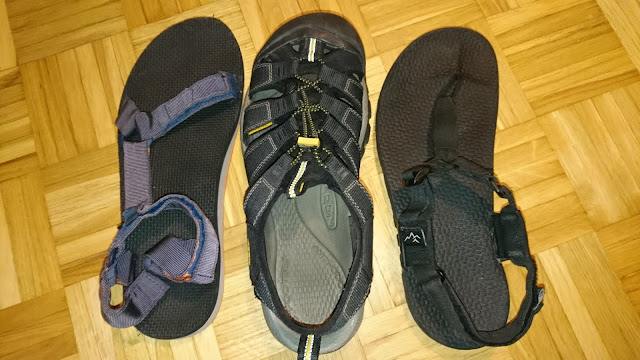 The first year I used Teva sandals. They were the most basic model which is called the ORIGINAL UNIVERSAL.
I wanted sandals to be as light as possible and Tevas were 409 g.
That was a big mistake because the soles they were just too soft and my feet started to hurt like hell every single day after 30 to 40 km. In average I did at least 100 km per day and feet pain was my biggest discomfort thru all the trip.
The second thing that bothered me a lot was that I tripped over the front tip of the soles every time when I touched something with the front part of the sandal.
The sole was so soft that it simply bent downward leaving my toes totally exposed and me ready to fall.
All that didn't spoil my little adventure at all of course but it got me thinking about sandals for the next year. 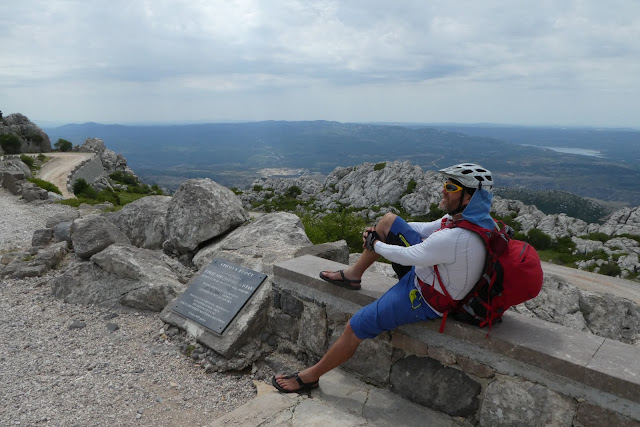 I wanted sandals with more stiff soles and better protection for the toes.


I searched the web and finally decided to give it a try with KEEN NEWPORT H2.
Sole stiffness problem solved toe protection problem definitely solved but for the price of weight and much less ventilation around my feet.
My pair weights 940 g at the size US 11,5.
My Keens worked perfectly at Norway because summer 2017 was one of the coldest in the last 20 years.
I used them with thick Merino wool socks and that was all I needed for the cold and rain but in summer 2016 when I went to Mt. Olympus in Greece they were a bit warm.
Airflow around the feet can't be compared to airflow in Tevas and especially in Bedrocks. 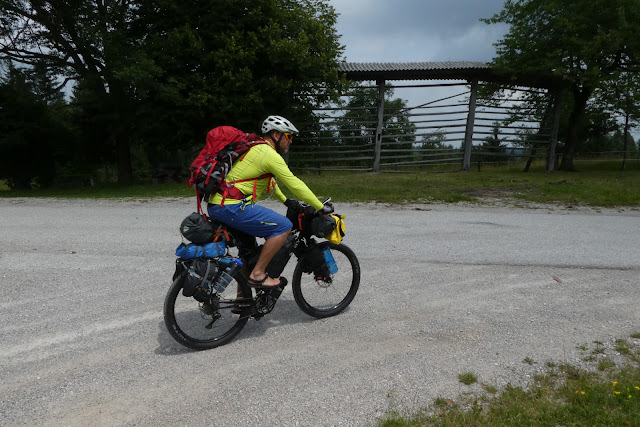 Bad experience with Teva sandals I used at the first bike trip to Albania in 2015 left me with a lot of scepticism about light sandals. 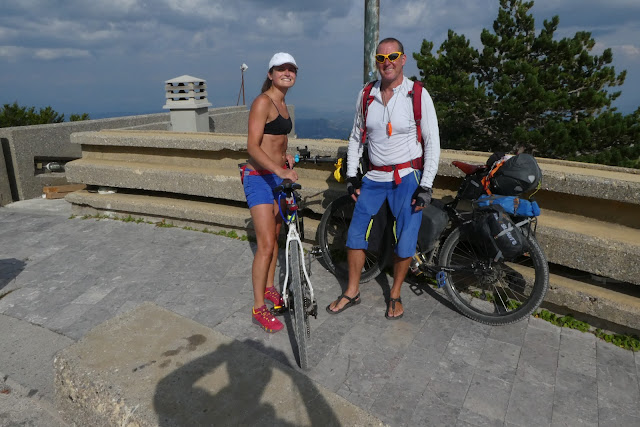 Bedrocks looked nice and stronger but I was honestly not completely sure how they will perform.


But they did just perfectly. With weight 617 g for US size 11,5 Bedrock CAIRN 3D ADVENTURE sandals, are just light enough for my bikepacking adventures.
When you adjust the straps to your fit they sit really well. 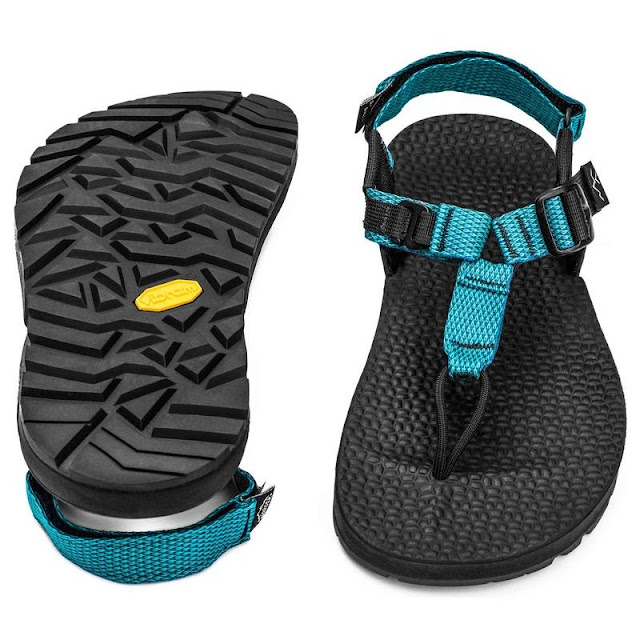 This is sandals where your feet will feel the freest and protected at the same time.
You just need to buy sandals with soles that big that your toes are not right at the edge of the sole and then the soles are strong enough to protect your toes if you hit something with the front side of the sandal. 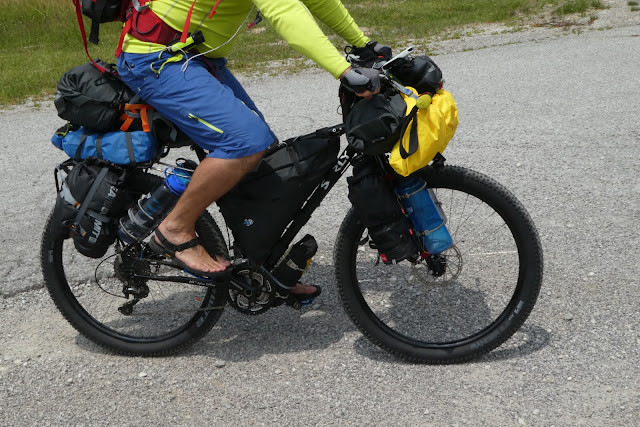 I would recommend if in doubt buy a bigger size. Vibram sole is very durable and strong.
When I saw the sandals for the first time I was a little bit in doubt about the stiffness of the soles according to thickness but I had absolutely no problems with pedalling through all the day long.
I use flat pedals with sharp pins but after almost 1500 km of pedalling there is almost no wear to the soles. 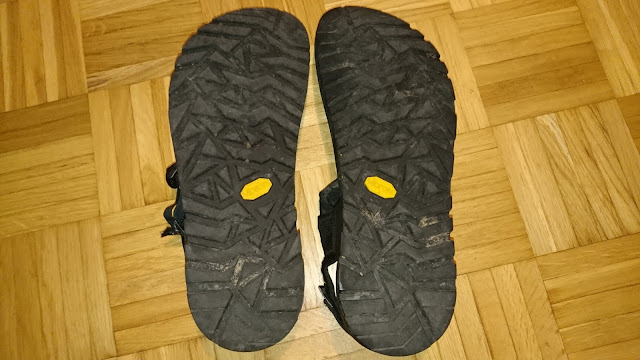 It is true that I used them mostly for biking but from the time that I bought them in May I walked with them a lot as well. Some of the walkings also involved bike pushing on some steep sections up and down and they performed perfectly as well.
This year I finished my bike trip over Balkan from Ljubljana to Montenegro at Hvar on Hvar island. From there I returned back to Rijeka with my sea kayak.
The stiffness of the soles proved perfect also when I was walking with them over the really sharp rocks of Croatian coastline. 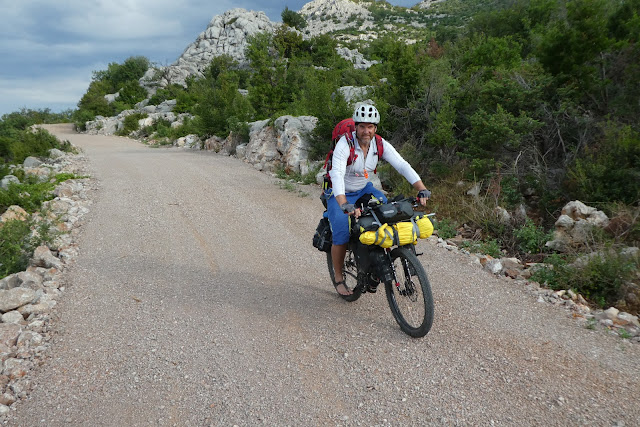 Of course, they are still sandals and at some technical sections where I was pushing my bike over Velebit in Croatia, for example, I for sure used my trekking shoes.
The rubber doesn't get stinky with use but you have to wash them from time to time because of little channels at soles beneath your feet get full of dust mixed with sweat but this is something that I experienced wit all sandals I ever possessed. 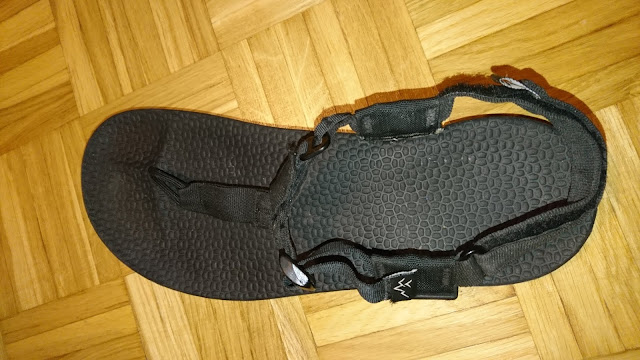 Final conclusion. Bedrock CAIRN 3D ADVENTURE sandals are for sure the best sandals I ever had. With them, all my problems from previous years which I described above were solved. They are strong, durable, good fit, odourless exceptional airflow and for me, they offer multiple use options. 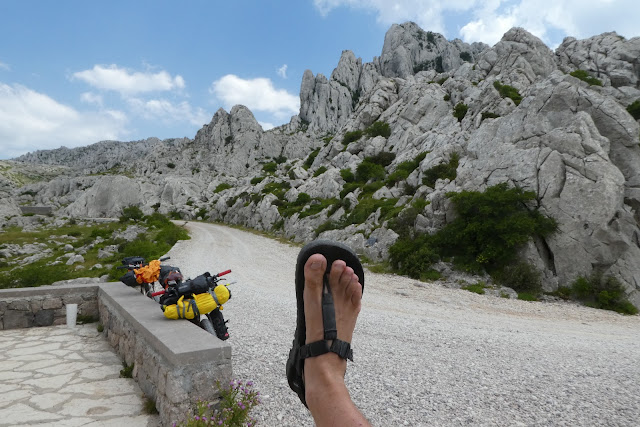 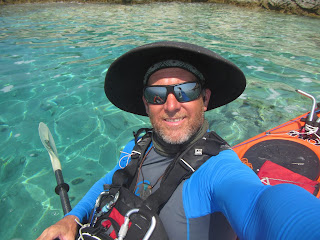